Opera in the Garden

Despite a blustery and rainy morning, the sun came out on cue for the afternoon of Opera in the Garden 2019 entitled "Our Amazing World of Music". Unfortunately, the new inflatable roof covering the stage area could not cope with the still blustery conditions and had to be rapidly removed immediately prior to the concert starting. This meant everyone singing had to do so in the blazing sun, which they all did admirably.

Our Guest Artists this year were recently-married couple Joel & Maia Amosa (née Vegar) with Kawiti Waetford also making several appearances. For this year’s concert, Clare Henderson stepped into the role of Musical Director that Joan Kennaway had held since the inception of Opera North.

Maia & Joel Amosa with ON Chorus

The concert opened with the rousing Triumphal Scene from Verdi’s Aida complete with Trumpeters, followed by arias from The Marriage of Figaro. Welcome choices of Solveig’s Song and The Hall of the Mountain King, both from Greig’s Peer Gynt, were then performed to reflect Maia’s Finnish heritage. Old aria favourites from Lucia di Lammermoor and Don Giovanni and the beautiful Flower Duet from Delibes’ Lakmé, were followed by Je Veux Vivre from Gounod’s Romeo & Juliet. The first half ended with the singing of Overboard from Offenbach’s Christopher Columbus.

During the interval the large crowd were entertained by the excellent quartet of musicians known as C4-Strings, who then joined everyone for the opening number of the second half, Prayer in the Night by Handel.

Musicians C4 playing during the interval

The audience were treated to a wider-than-usual variety of music during the second half with the ON Chorus and Guests all appearing in colourful Samoan clothing. Items included People Will Say We’re in Love from Oklahoma and a medley from the Lion King as well as Taylor the Latte Boy, the Impossible Dream and Deep River. Hareruia from Tihei mauri Ora (which included children currently being taught by Opera North singers) was followed by African Alleluia, Minoi, Minoi (a traditional Samoan number reflecting Joel’s heritage) and Emoni Ennen (a traditional Finnish number). A crowd-pleasing rendition by Emma Couper of They Don’t Let You Sing in the Opera, was followed by a medley from the musical Hair. Homeward Bound ended the concert.

Emma Couper "They Don't Let You Sing in the Opera"

Opera in the Garden past years 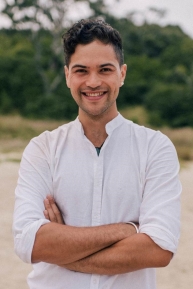 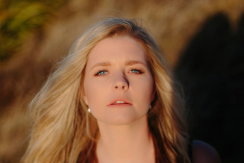 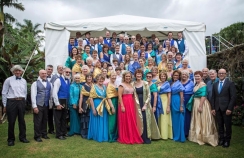 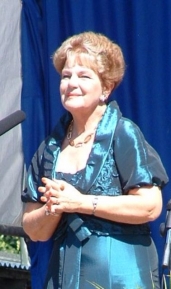 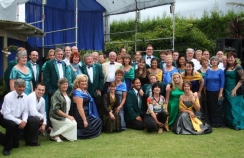 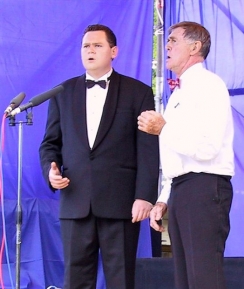 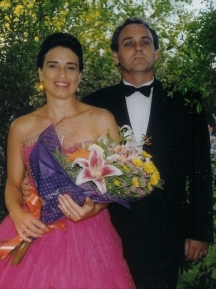 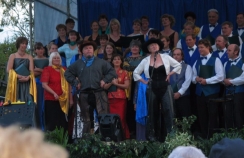 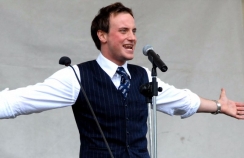 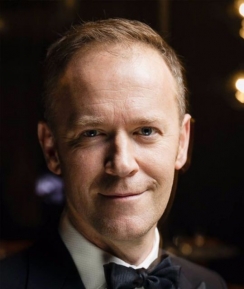 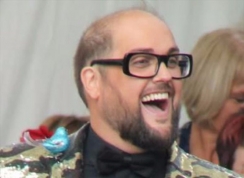 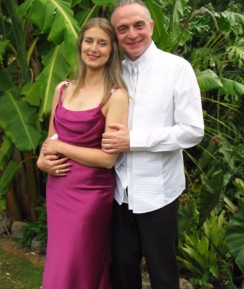 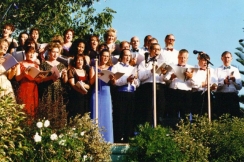 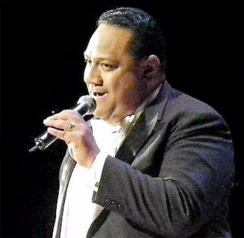 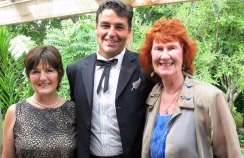 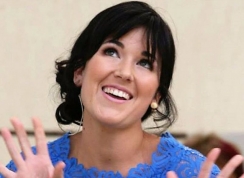 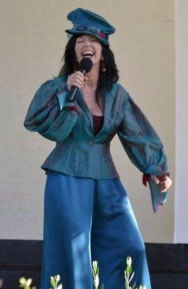 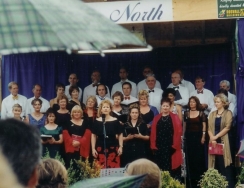 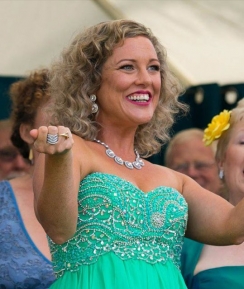 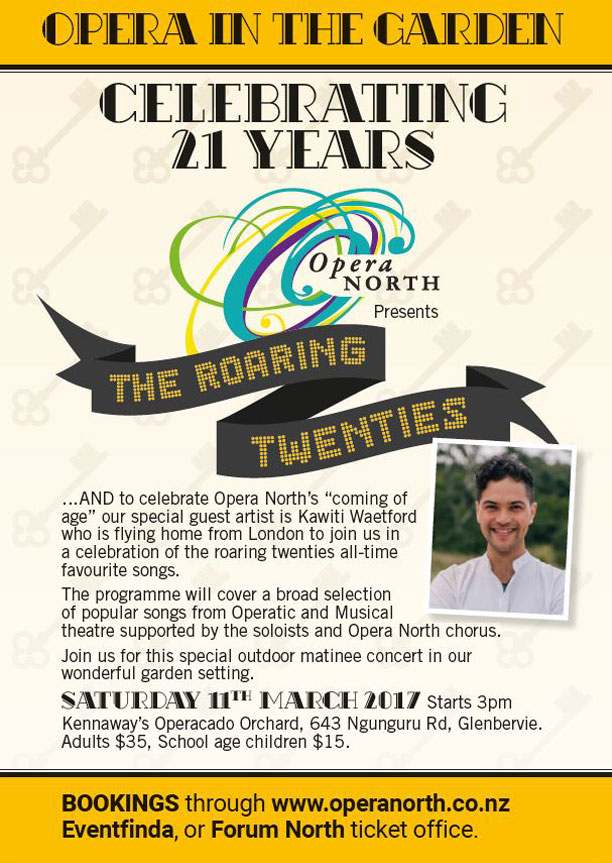